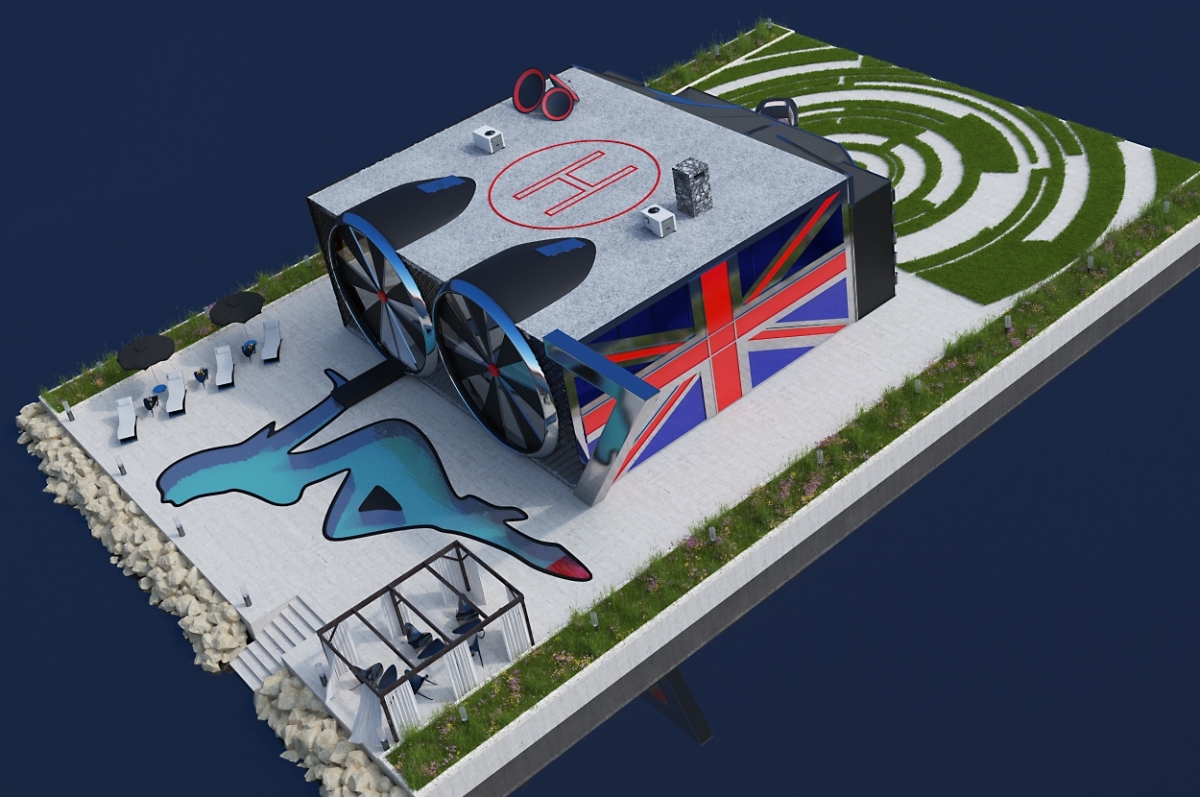 Villa Madame Sur
It is impossible to create anything in the style of surrealism and avoid that the object will be considered through the prism of the influence of Salvador Dali. And I also agree that he is absolutely the best! However, it’s not a reason to throw the surrealism out of architecture without trying to apply it. Villa Madame Sur sends a big kiss to the wind, that caresses her. 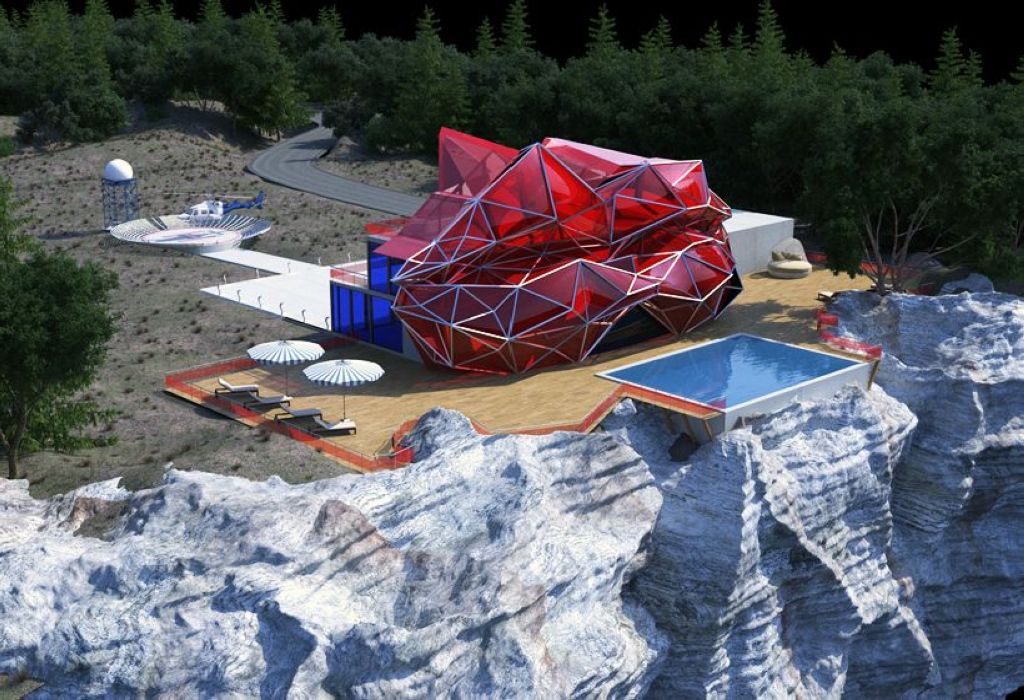 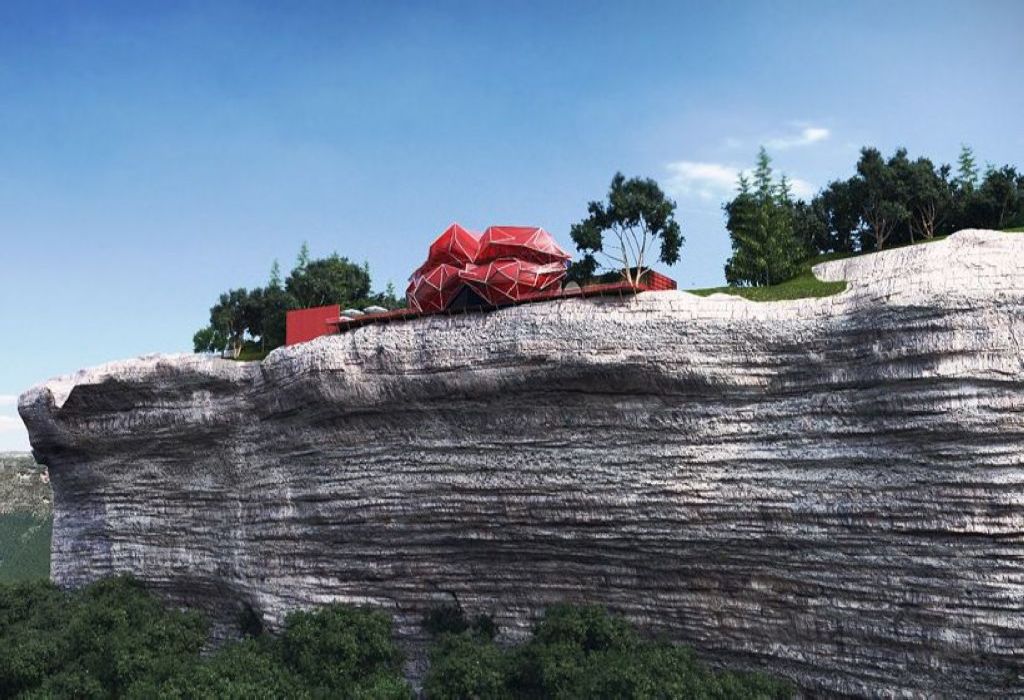 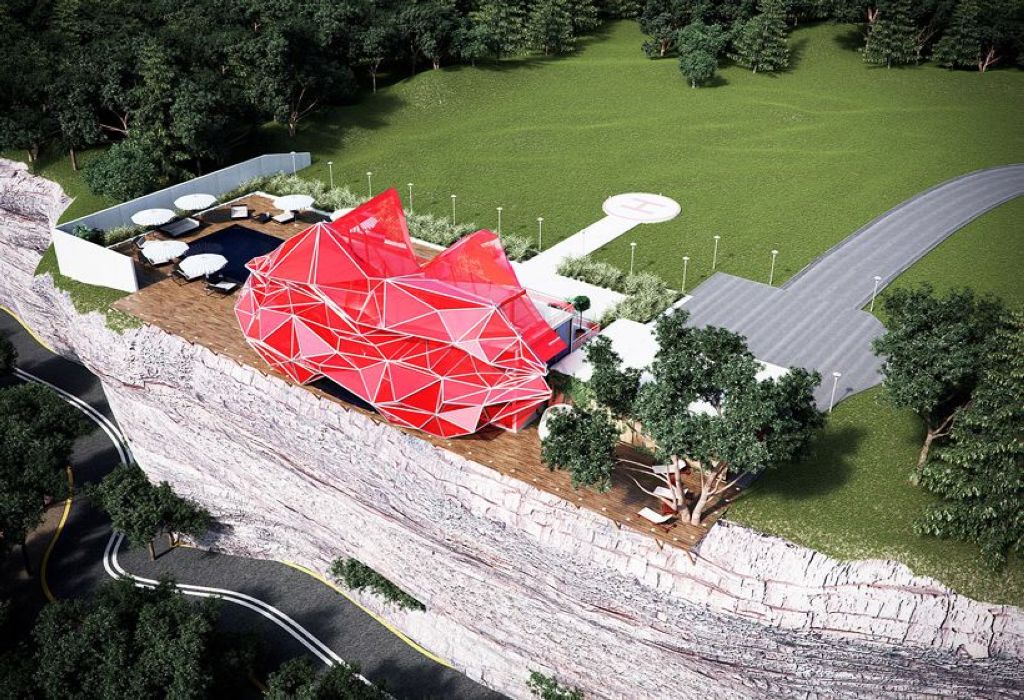 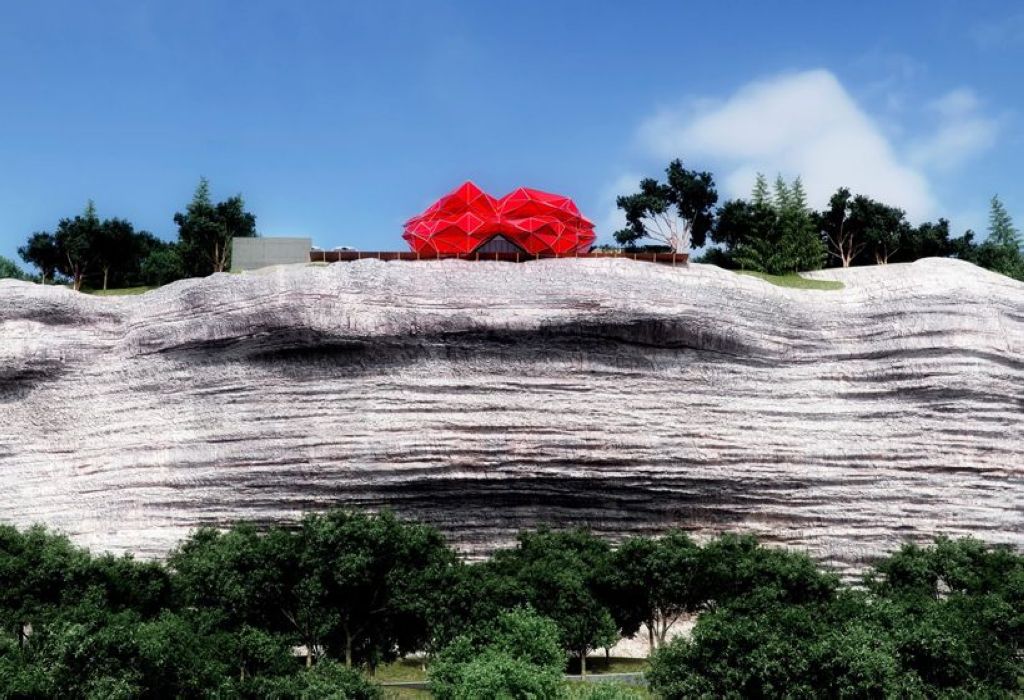 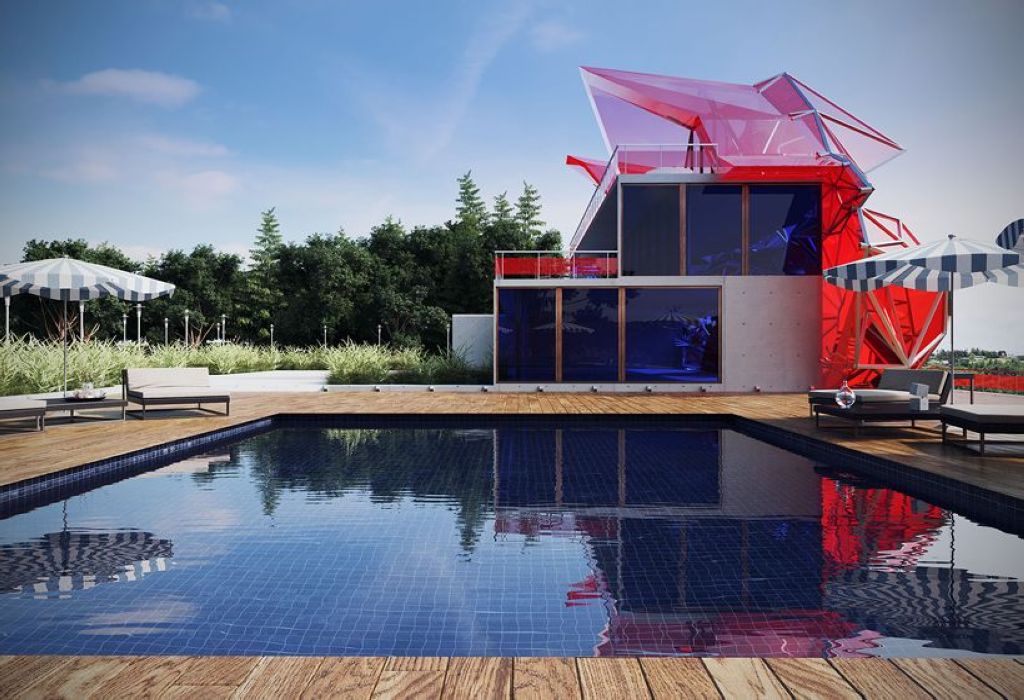 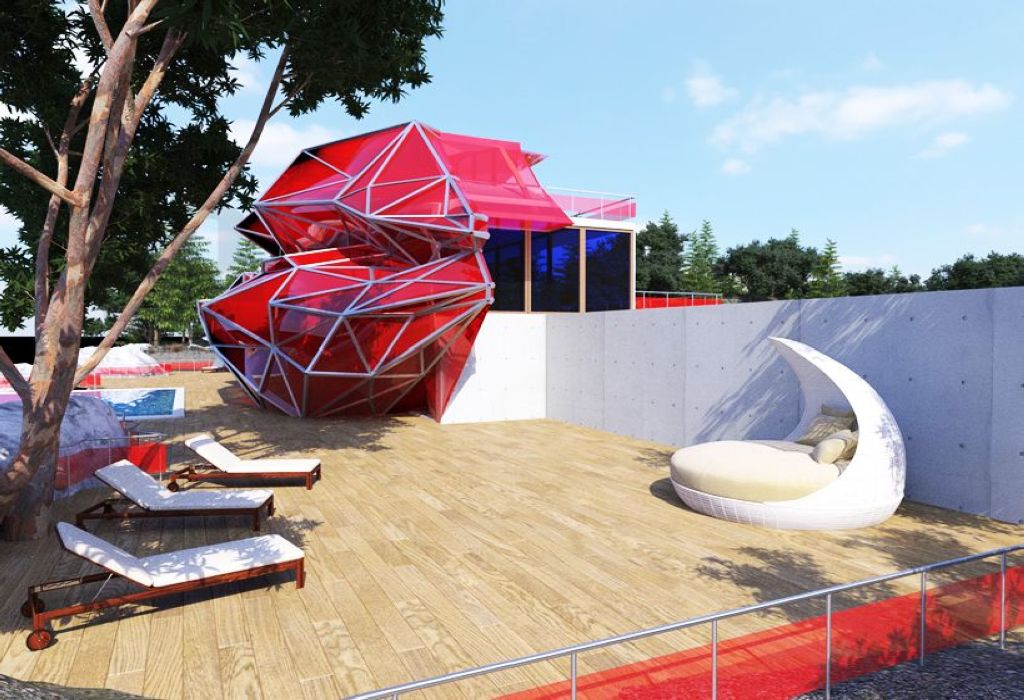 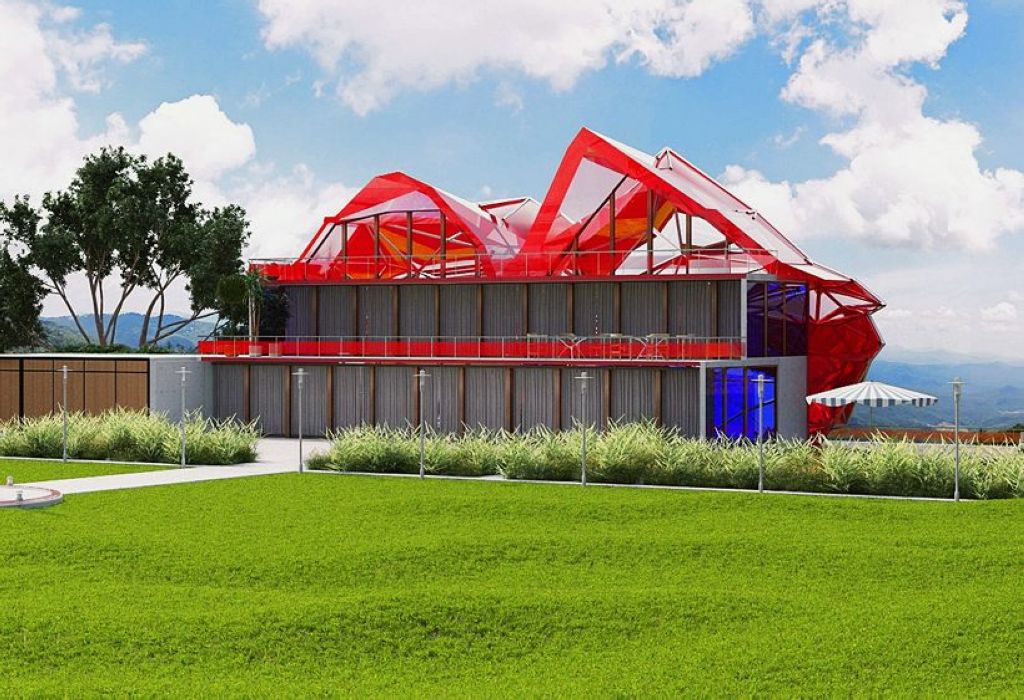 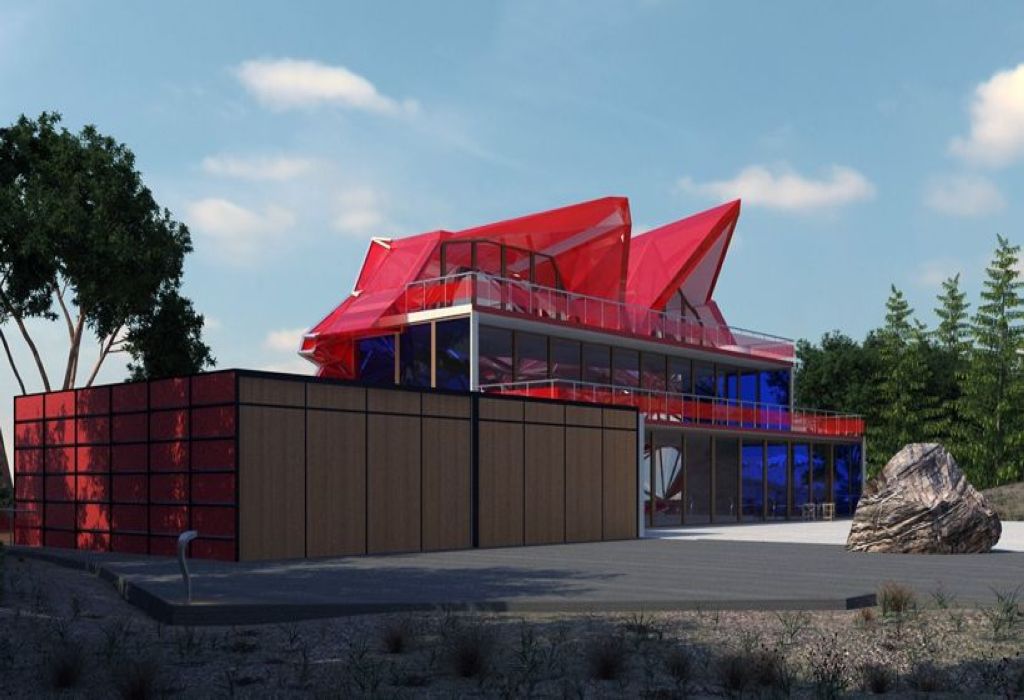 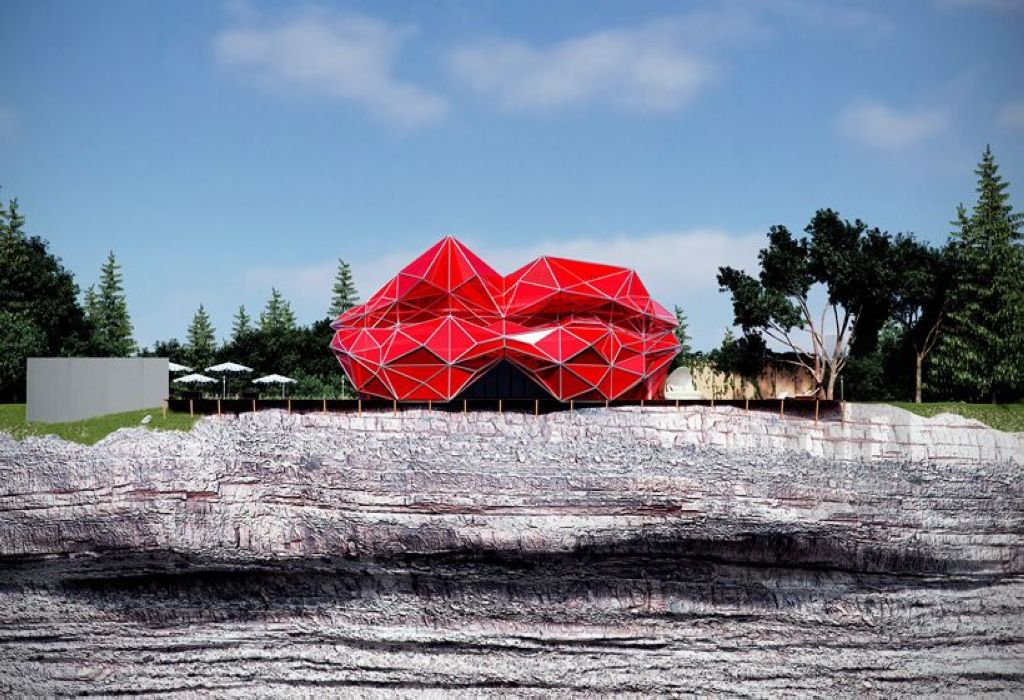 Top Secret Agent Villa:  The design of this building is recovered from the story of the person, whose name I can’t provide. I’m not even sure that I was given the real name. I promised not to reveal the age and gender as well. Let’s just call him/her a Source. The source was there once, and is unlikely to be there again. He/she became a witness of a crime, and was hidden at this secret facility for 2 weeks.

A few hours of the helicopter flight at night, roof landing, and no extraneous eyes at all…perhaps, except for the birds. I could not show the results of my sketches to the Source, so I do not know how accurately this villa is reproduced, either the lines and shapes are precise enough. Even though, I made at least 2 dozen of sketches over half an hour of our conversation.

If the Source will accidentally see this concept published, I sincerely ask him/her to contact me and to suggest any corrections needed. The real surroundings of this house are not known to me, that is why I modeled what could be the best fit for it – the quiet and secluded place away from the prying eyes. 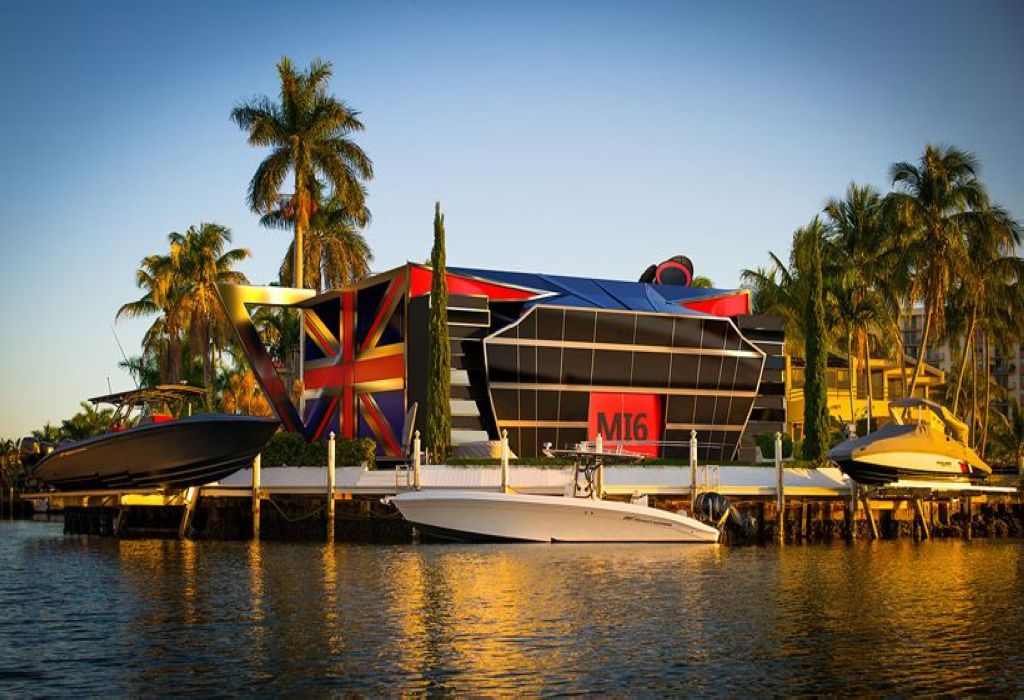 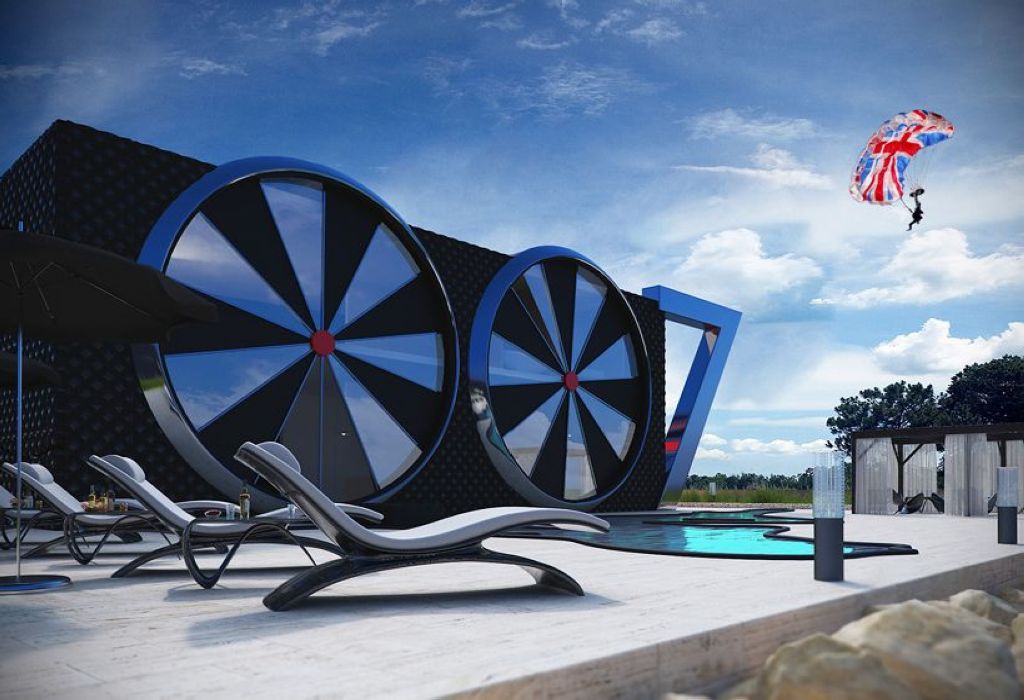 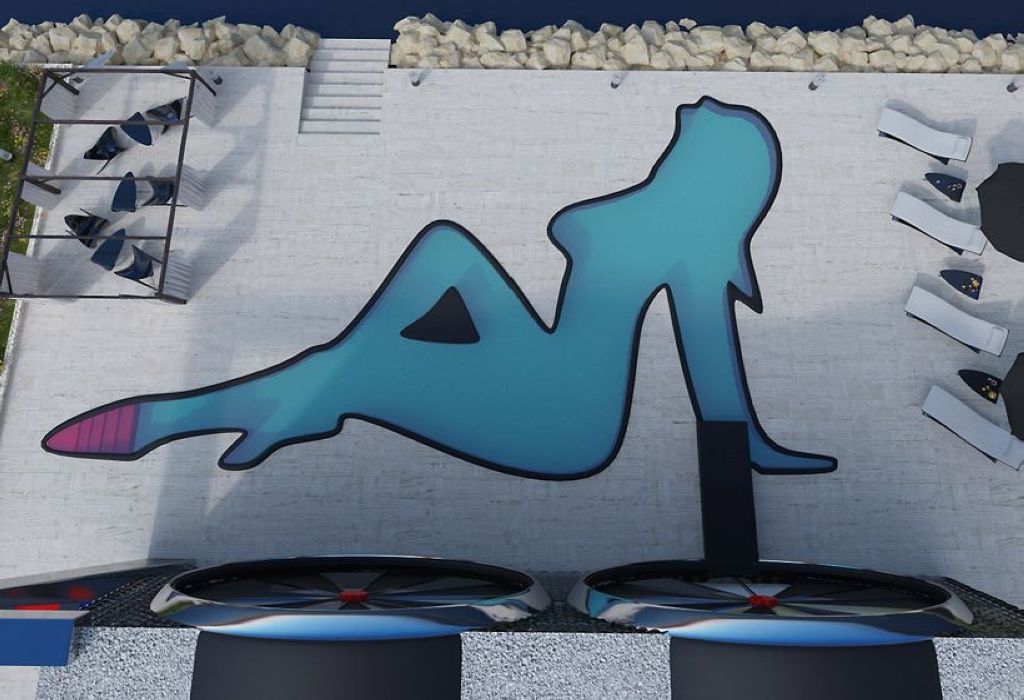 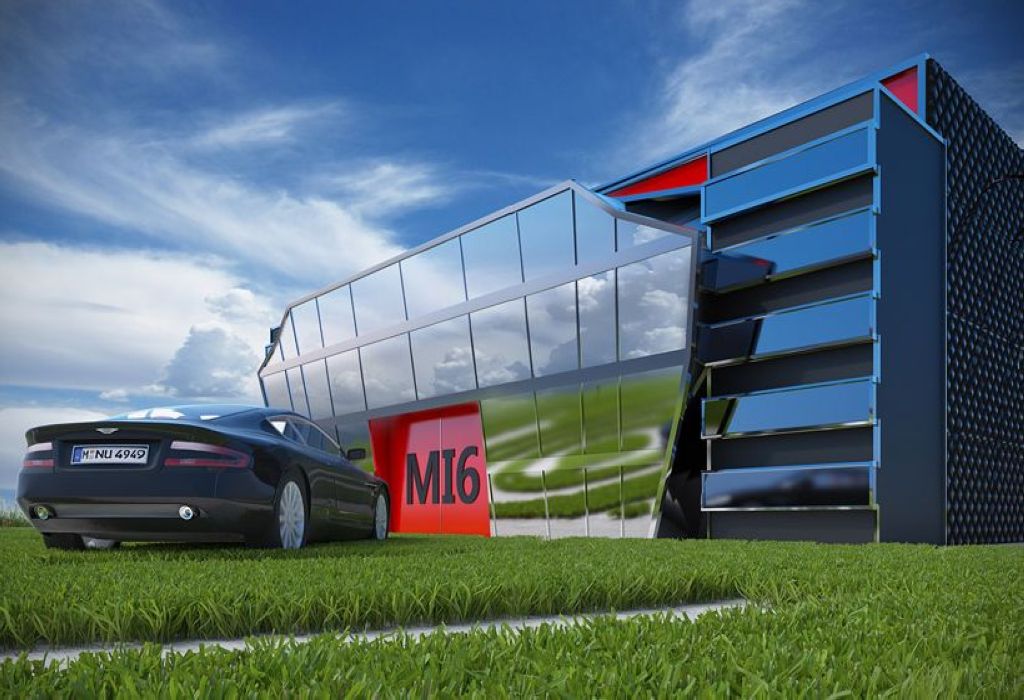 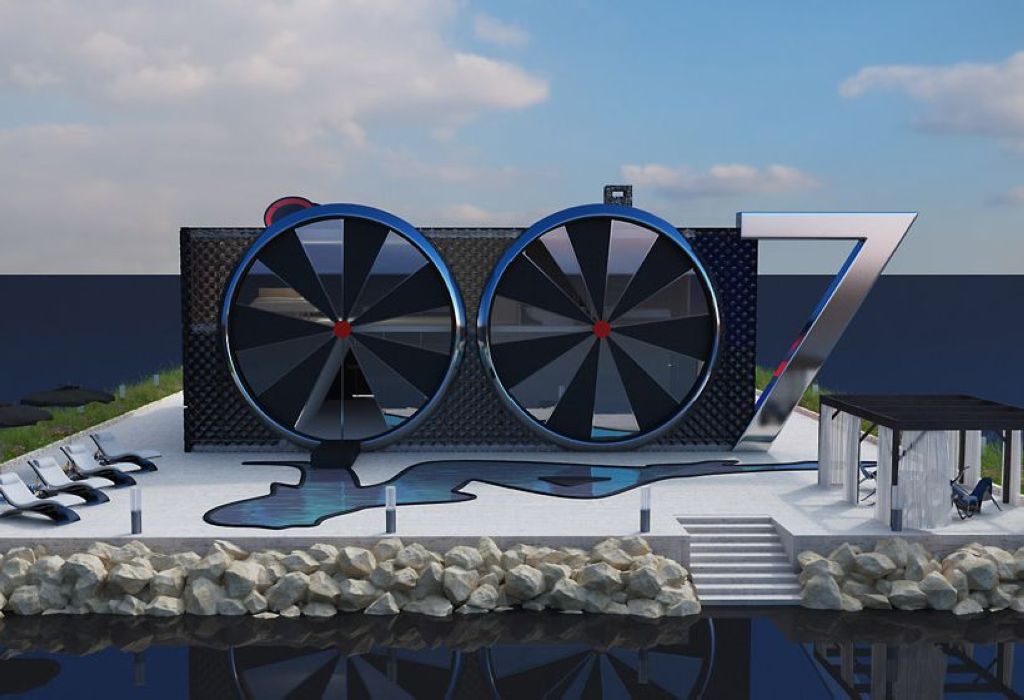 Villa Palm’s Oasis:  Slowly making his way through the hills, and the burning sun thicket lion humbled by the heat, but proudly continued his way. He did not feel himself, like a the king of beasts, he was emaciated and weak. Before his eyes clearly emerged mirages, waterfalls and shade, in which he dreamed of hide and wait until the scorching sun sets over the horizon. Burnt by the sun, he lay down and fell asleep under a palm tree. He had a dream in which he saw that in his next life he became a man and built on this place an oasis in which to hide from the heat and gain forces. 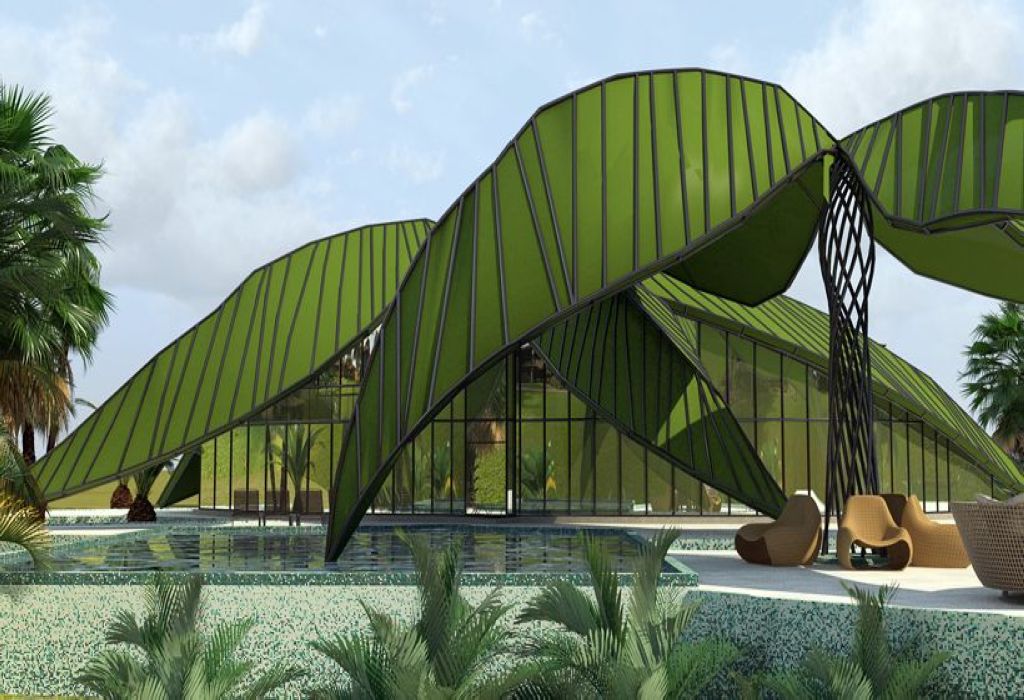 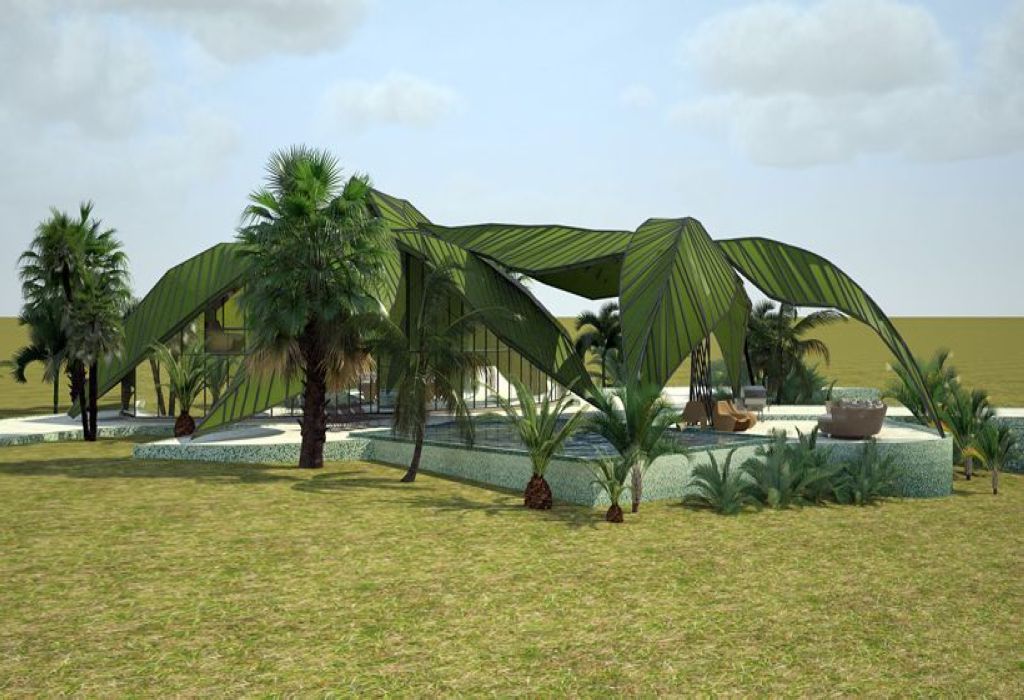 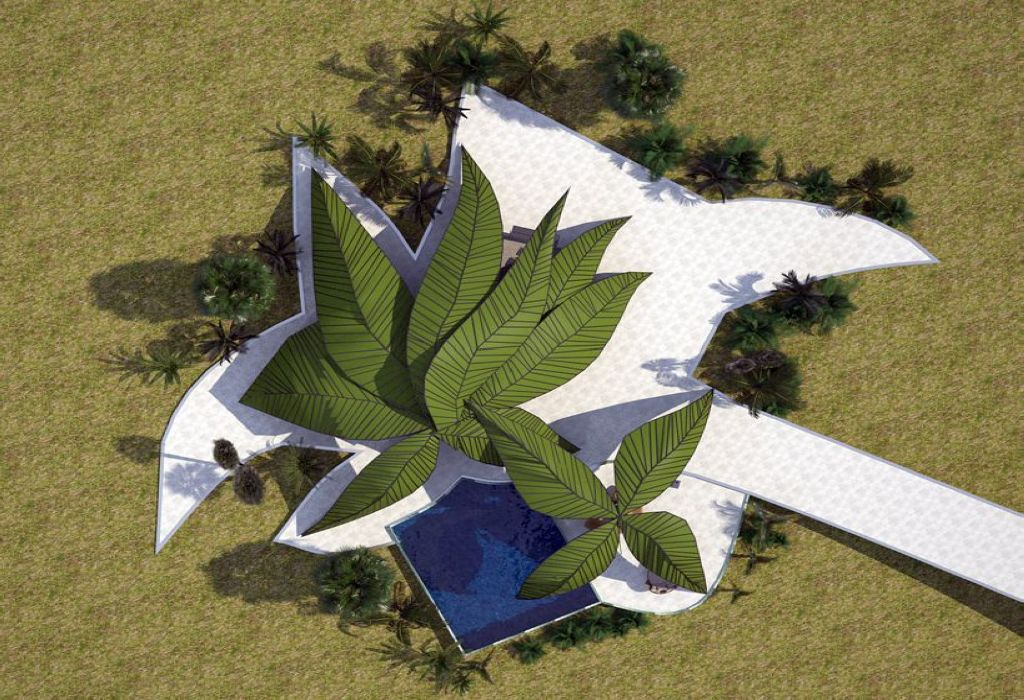 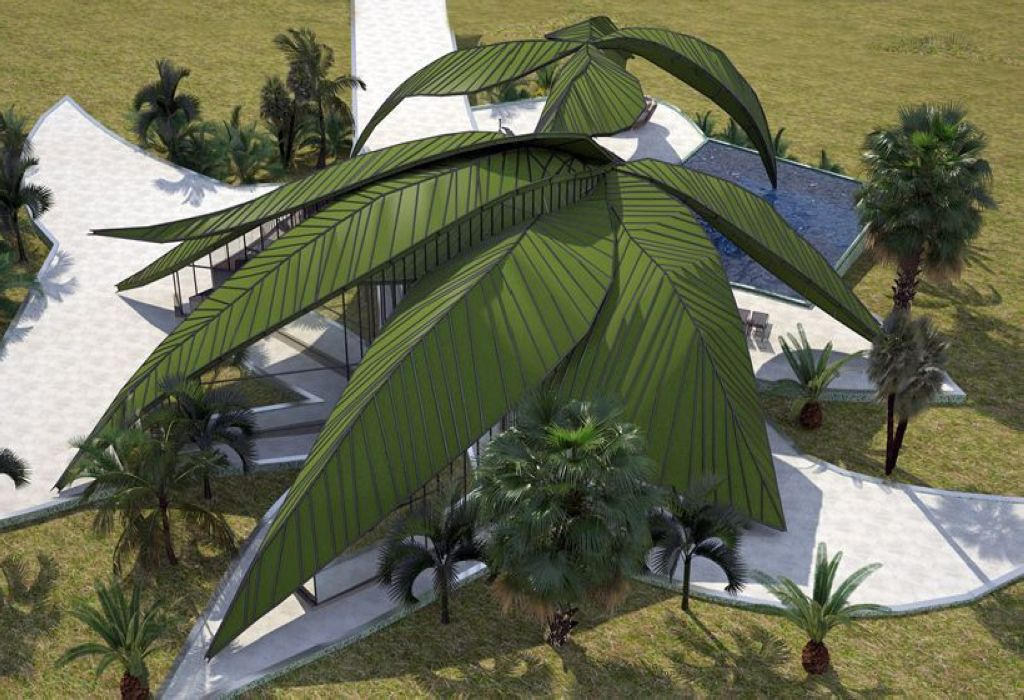 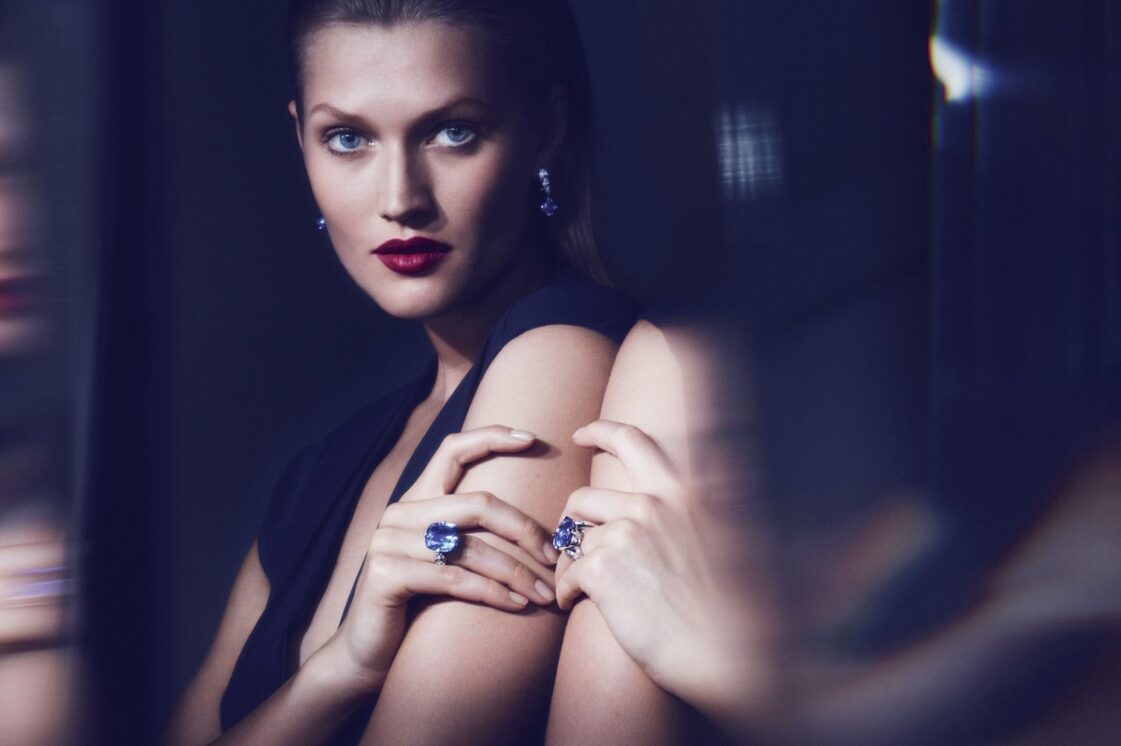